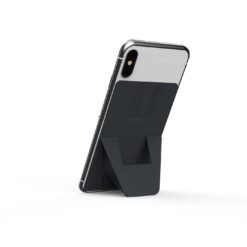 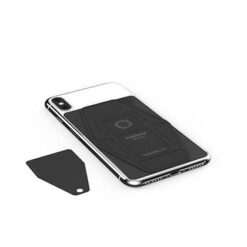 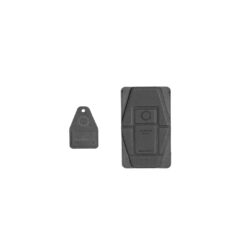 You can easily leave your phone in portrait or landscape position.

Fold out the FoldStand and it will hold your phone vertically (portrait) or horizontally (landscape). FoldStand can be applied and removed to your phone without leaving any scratches or glue residue. Remove and re-stick it with the same effectiveness. In addition, you can use the FoldStand as a grip, put your fingers through the opening of the stand corner to easier hold your phone in one hand.

The FoldStand Phone + cardholder is only 3.04 mm thick and weighs only 20 grams. You would just forget that you are carrying FoldStand with you.

In addition to serving as a telephone stand, the FoldStand is also a card holder. This way you always have the most important cards within reach. Wireless charging of your phone is also possible, even though something is attached to your phone. 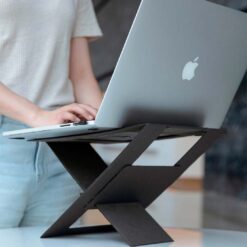 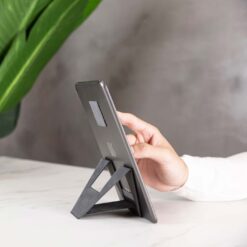 SNEL BEKIJKEN
Out of stock 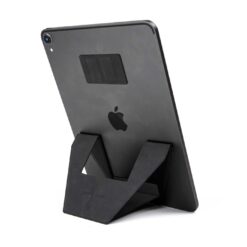 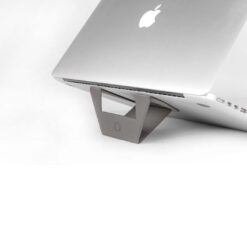